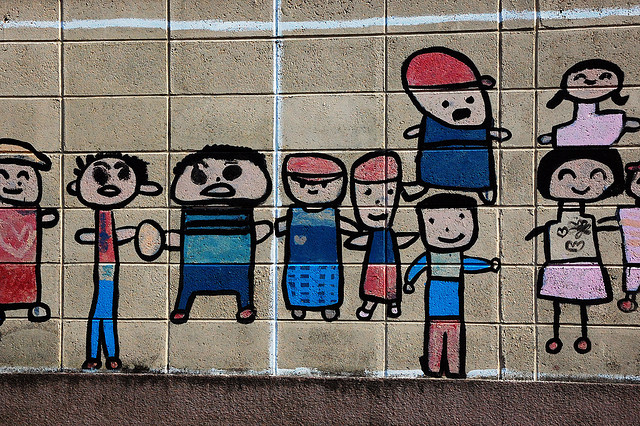 My hands are up before you’ve even had to ask. This post is definitely to be filed under ‘square’ but it’s a necessary one.

With just five days to go before the family and I touch down in Ibiza I’ve started to seriously panic about childcare. Oh the joys of being a new mother!

Having had the same fear and loathing about the pre-school vs nurseries  vs day nurseries conundrum in London, I’m now having to face a similar nightmare for Ibiza. Granted my tiny little one will only be on the island for five or six months and, no, my choice of childcare in the Balearics won’t affect the primary school he’ll get into back home but as a new mum you do want the best for your child.

So I’ve taken a look online and thankfully there is quite a bit of information and a number of options out there. Take the well-named Childcare Ibiza site. I do love my baby but with the cost of a nanny coming in at 900 euros for a five-day week I don’t think I’ll be taking up that option.

But perhaps the pricing isn’t aimed at people living on the island full time. Still, if you can afford it, the fact that all of their childcare professionals come undergo a Criminal Records Bureau check and also the Spanish – Certificado de Antecedentes Penales – indicates a pretty high standard.

One huge relief is that, aside from those aiming at the deep-pocketed jet-set, childcare in Spain is generally far more affordable than in the UK. This article by Graham Hunt who moved his young family out to Valencia, explains that nurseries can cost as little as 90 euros a month once government subsidies have been added. That’s mind-boggling!

Nurseries in Spanish are known as guarderias, of which there are dozens in Ibiza. So how do you go about distinguishing one nursery from another? One pretty good guide seems to be the Day-care Association of Ibiza and Formentera (Asociacion de Guarderias de Ibiza y Formentera ).

According to its website, the association was established in 1984 to ensure that educational services and early childhood care have high levels of quality and to protect the interests and rights of parents, users and associated companies.

In the Escoletas section you can find a list of the 13 nurseries and childcare centres which are members of the association.

I’m opting for Eduka in Jesus as luckily it’s only a few minutes drive from our apartment in Talamanca. We’ll go and check it out during our first week there – stay tuned for my report.