In Uganda government approval ratings have dropped to 26 per cent barely a year after Mr Museveni’s resounding 2011 68 per cent electoral victory, with as many as eight out of every 10 Ugandans admitting that they have lost confidence in the NRM leader’s handling of the economy.

via Only 48% think government can solve top issues – National |monitor.co.ug. 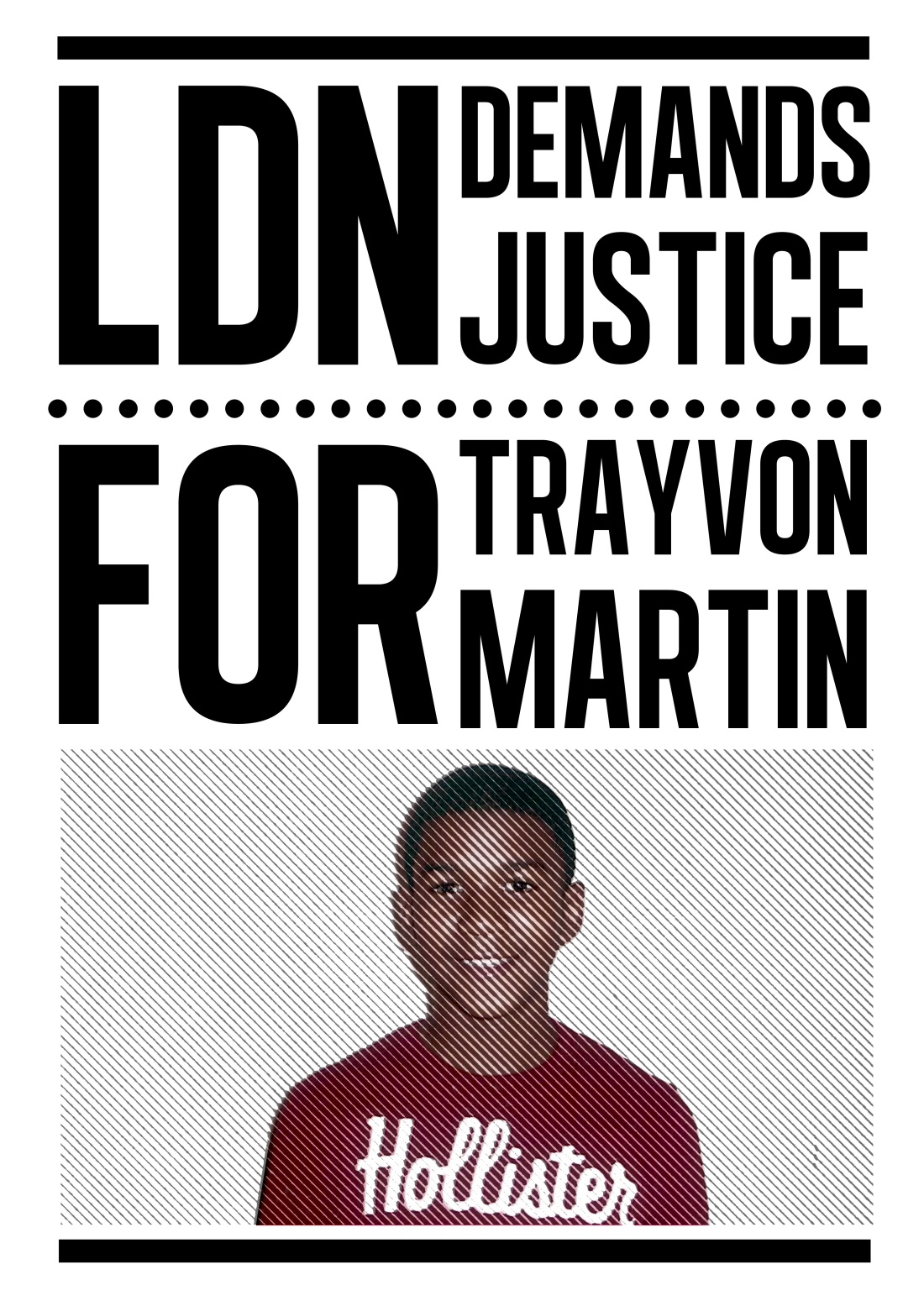 It’s been almost a decade since I protested on the streets. For all of my mouthing off I rarely take the time to match my words with actions. The Iraq War protest was the last time I picked up a placard and this coming Saturday 31 March will be the next.

The killing of Trayvon Martin has sickened me. Perhaps because I first read about it in a heart-breakingly beautiful article by Charles M. Blow in the New York Times. Perhaps because I’m the mother of a 16-month-old boy who’s has American citizenship and I wonder if he could be next.

I’d like to think it’s just because I think the value of human life deserves to be respected and the failure to uphold this, first on an individual level and secondly on a legal level is barbaric.

If you feel the same and happen to be in London this Saturday come join the protest: 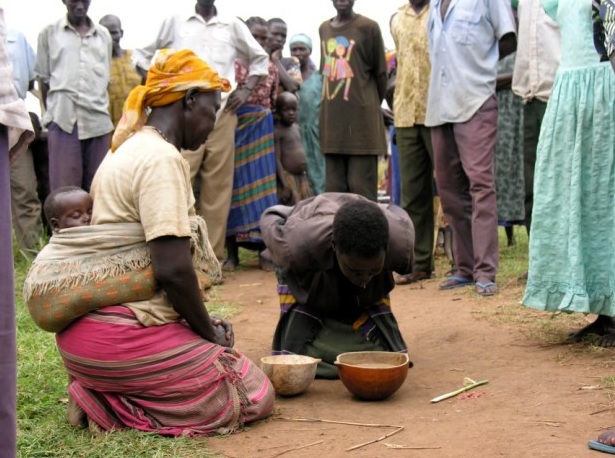 The family of Joseph Kony has hit back against attempts by an US NGO to force their clan to atone for the crimes the star of Invisible Children campaign.

According to a report in the Acholi Times, Kony’s uncles have demanded answers as to why their family was being forced to undergo a reconciliation ceremony.

“My clan of Palaro and Lamara or Kal shall never participate in this ceremony because there was no war between us, it was between the government of Uganda and LRA rebels who were engaged in rebellion, not us,” said Saverino Odoki, Kony’s uncle and head of the Palaro clan.

According to Acholi Times, the US NGO that has been pressuring the is the Starkey Foundation. If this information is correct then it’s interesting to note that this is the same organisation that Amazing Race producer Jeff Rice, who died in suspicious drug related circumstances in a Ugandan hotel in February, was working with.

“Mato Oput” is one of the many forms indigenous forms of peace building that have been championed in Africa.

This Acholi method of peace, conflict resolution and reconciliation is co-operative and can be indirect and circumstantial, effectively encouraging the accused to admit responsibility (Lanek, 1999).

The “Mato Oput” is so called because it ends in a significant ceremony of “Mato Oput”, the traditional drinking of a bitter herb of the Oput tree (Brock-Utne, 2001).

Many academics and media practitioners alike have embraced this indigenous approach, claiming that the bitter drink “may have the ingredients for peace”.

A surprising number of people working with NGOs, the Christian churches and local human rights groups maintained that mato oput would play a key role in any peace deal. Funds had been made available to support mato oput rituals, and a council of ‘traditional chiefs’ or rwodi was created to perform them. The person selected to be the ‘traditional’ Acholi paramount chief was going to lead big mato oput ceremonies, at which even the LRA senior commanders could be accepted back into society.

A host of new supporters entered the arena of Acholi traditional justice, viewing it as more acceptable than the imposition of criminal prosecution based on trials in a faraway country. By mid-2005, mato oput ceremonies were being performed regularly, often attended by a host of aid workers, activists and journalists. The Acholi paramount chief had also started performing large-scale rituals. Remarkable claims were made about the effectiveness of these activities, many of which were interpreted unquestioningly and discussed in the international media.

Allen concludes that the Acholi, who have been caricatured through the post-colonial discourse as violent and primitive, are seen as being best left to their own, uncivilised devices. It’s a cop-out for me to conclude in such a manner after raising so many issues but clearly this is a complex issue which deserves further analysis and attention.

“Our scholars come to understand the complex concept of “democracy” as having “choice and voice in their community.” 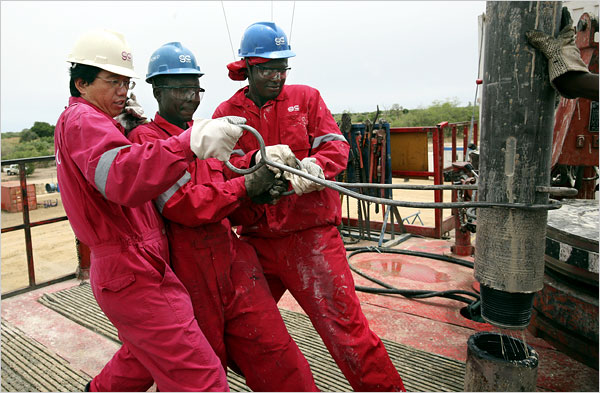 A great piece was published in The Guardian a few days back on SaferWorld’s report on China’s influence in conflict-affected states. The most interesting part is the insight offered by Dr Xiao Yuhua, from the Institute of African Studies at the Zhejiang Normal University in China.

Speaking in the context of  the North’s decreasing leverage in the global South, he argues that it will have to better understand the mindset that drives and moulds China’s development work in Africa:

“The thing that is misinformed about China and Africa is that China’s presence in these countries is not imposed on these governments, it is rather a reflection of the development agenda of the countries themselves,” Yuhua said. “China does not have a values-driven approach to development like the west, but we understand the desire to develop and open up to new markets. There is a cultural misunderstanding there that must be addressed if there is going to be greater co-operation between all players in the future.”

All music reviews should be this cool, although getting rap tracks reviewed by kids who know what rap is might be a suggestion for next time. Still yet another reason why I still love Vice magazine! 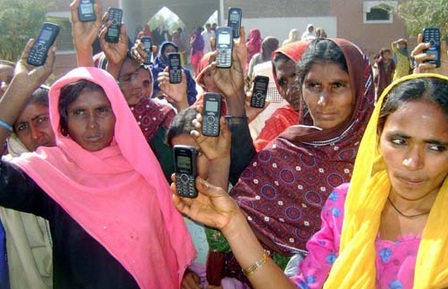 I somehow missed this UNDP report “Mobile Technologies and Empowerment: Enhancing human development through participation and innovation”. It’s important to note the mobile specific aspect of current and future technologies being addressed in detail as for all the media talk of Twitter and Facebook revolutions pretty much everything I’ve heard those in the know say is that it has been mobiles that have provided much of the newfound empowerment whether that be in recording video or co-ordinating an escape from approaching government forces.

I’m not sure when I’m gonna find time to read the report but from my days of running a fact-checking organisation there’s a few howlers in the executive summary that beg further investigation. e.g.:

“Given that entire villages in poor and/or rural communities will often share one or two cell phones, it is also estimated that 80 to 90 percent of people in some poor countries have at least minimal access to a cell phone (Zuckerman 2009).”

Now that’s an, at best, opaque or, at worst, entirely useless statistic if ever I saw one. What sections of the population are included in this? Adults or the entire “people”. Which poor countries? What defines a poor country? And what on earth is meant by “minimal access”? Arguably my definition of minimal cell phone access would differ markedly from one given by 79-year-old grandma who lives in Grenada.

Anyway the main point I wanted to make is that the front cover of the report features a group of women, possibly protesters, holding mobile phones which drew my mind back to two great posts by Melissa Albricht at MobileActive.org (shared via Panos) which address the positive aspects as well as the challenges for ensuring that the penetration of mobile technologies reflects and addresses the needs of women and girls too. 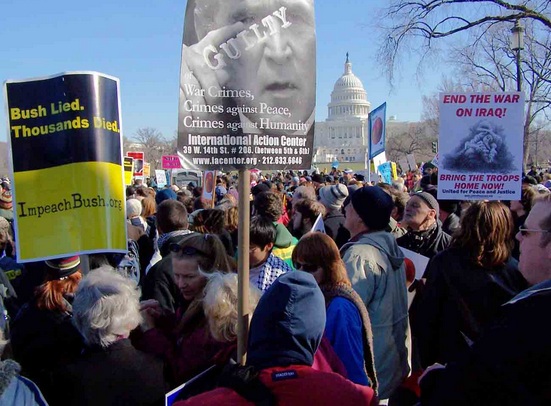 Just tucking into a great read by Michael Hopkins entitled Corporate Responsibility & International Development: Is Business the Solution? I should be making the most of the rare spring sunshine and taking the opportunity to carry on reading out in the garden but I’ve had to come inside and post because the book poses the most interesting question. Could Corporate Social Responsibility have prevented the Iraq War? Hopkins emphatically argues “Yes!”

The relations between Halliburton, Bechtel, Carlyle and many other corporations in a CSR would have been intensively examined. Stakeholders would have been held publically accountable, and social irresponsible actions such as supporting war efforts for personal gain would have been stamped out.

While these are all valid points it’s difficult for me to see how any of these factors, had they been achieved, would’ve prevented the war from taking place. Am I missing something? I’m thoroughly taken by the idea that multinational corporations have a positive role to play in development. It’s a side of development that receives far too little attention on the course I’m studying.

Yet while I can see a way in which corporations can be encouraged/made to factor in the potential for their activities to create conflict or even violence (see CDA’s Preventing Conflict in Exploration Tool, designed to help extractive industry explorers build strategies to prevent conflict at their exploration sites) it’s a big leap to get to the point where CSR actually stops wars from taking place.

The Daily Mail is the UK newspaper I love to hate. A typical front page story for the paper would be something about immigrants causing the moral decline, welfare benefit cheats bringing down a once great nation or how gays are to blame for all that is bad in the world.

BUT, they are also the paper that did the most to raise public attention on the Stephen Lawrence murder (I think Stephen’s father was Paul Dacre’s decorator, can anyone confirm this).

They’ve gone and confounded my expectations once again by covering the nodding disease that’s affecting thousands of Uganda’s children. Of course it’s done in typically Daily Mail style with the phrase ‘zombies’ used to pull in the readers. But I guess this is just another example of how the Kony 2012 campaign, while deeply problematic to say the least, has opened a window for the discussion of wider issues that are affecting Ugandans.

via Mystery of nodding disease turning children into \’zombies\’ in Uganda | Mail Online.

Mali is a country I’ve long wanted to visit particularly to experience first-hand its rich culture and traditions. This random bit of information has nothing to do with the country’s coup but does explain one of the factors that motivated me to dig around a little to find out.

The Pulitzer Centre has a super interesting project on Saharan Insecurity launched back in November 2010. Its tagline “the perfect storm brewing in the desert” now feels quite prophetic. One article in particular by Peter Gwin gives a fascinating insight into the factors that led one Tuareg man to join the fight in Libya – Libya: Qaddafi Recruits Tuareg | Pulitzer Center. It’s worth checking out to get one side of the story of the coup.

On the random tip the first time I heard about the Tuareg was when I was fact-checking an article on Volkswagen cars for the Financial Times’ How to Spend It magazine back in 2002. That’s globalization (or maybe just a sign of my sheer ignorance) for you…

UPDATE: ThinkAfricaPress has a very lengthy article by Andy Morgan which well worth the effort it takes to read all 11,000+ words. The piece suggests:

In truth, neither Gaddafi’s fall nor AQIM nor drugs and insecurity are the prime movers behind this latest revolt. They are just fresh opportunities and circumstances in a very old struggle… However, there are a number of key reasons why this latest uprising is different from all the others. First and foremost the level of preparation and forethought on the rebel side is unique in Tuareg rebel history.